How do we identify rage clicks?

A Rage Click is defined as a time periodic in which a user clicks the same area a certain number of times. This can help highlight points of frustration your users have with the app.

By default, we consider user activity as rage clicks when there exists a 2 second or longer period in which a user clicks 5 or more times within a radius of 8 pixels. 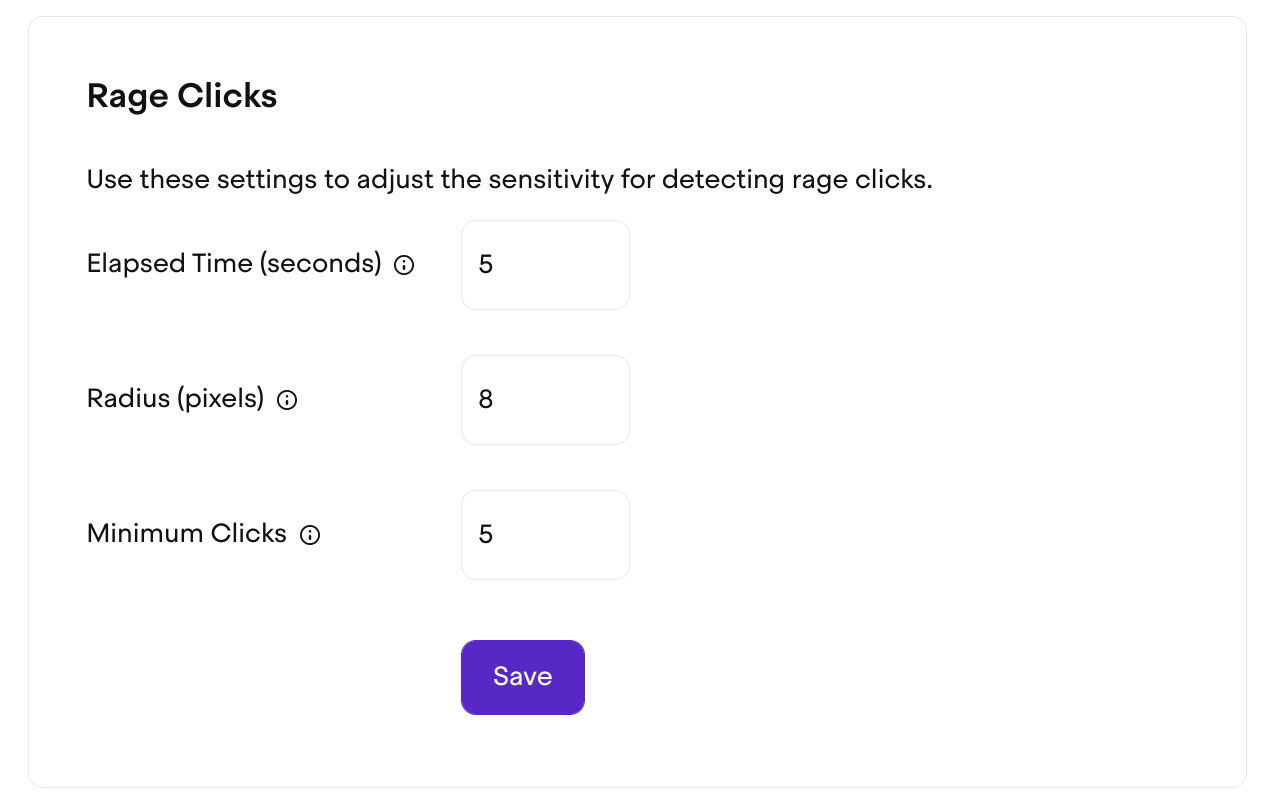 Create a rage click alert within your project's alerts page to be notified on Slack or via email about a user rage clicking in your app!